In the next week or two I’m going to be posting up bits and pieces of my research.

These notes are not comprehensive and they are not necessarily an expression of my views and opinions, they are simply an overview of what I have found to be the running themes in the discussions of How to be a Man. 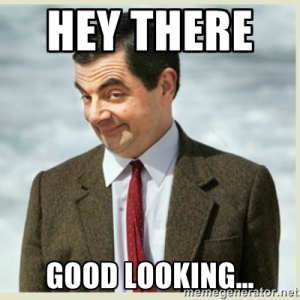 In the course of my research appearance has popped up a lot. There are some more prescriptive versions and some more analytical looks at the topic.

One thing that is in there all the time is exercise. If you are a man and wish to be considered one by your peers, it is important that you exercise in some way shape or form.

The prescriptive versions range from the very specific to the fairly vague. The more specific include things such as how to polish your shoes, iron your clothes and tie your tie (I genuinely had no idea that there was more than one way), as well as different hem lengths for trousers and various ways to fold a pocket square. The vaguer ones include simple things such as, your clothes should fit you (always good advice).

The general consensus however seems to be that appearance is an important part of being a man. Will Arnett says in the introduction to ‘Mansome’, “…no being afraid to take care because if you don’t take care of how you look, you’re a boy.”

One example that seems to support this is the resurgence of beards and facial hair, it’s been argued that to express their masculinity men retreat to body issues that differentiate them from women and facial hair tends to be something that men can do that women don’t.

An argument against this idea that masculinity has moved away from a moral construction to a physical one is the Adonis complex. It is seen in Michael Angelo’s David, in The Vetruvian Man, in depictions of Man throughout history, Man has been rippling with muscles, tall and chiselled (hah, pun). Man is expected to look like a Greek God, in the same way that Woman is supposed to look a certain way. The appearance of man has always been important in the definition of what a man is and therefore how to be a man.

Whether or not there has been a shift, or whether it’s been there all along, how to be a man, and how to look like a Man seem to go hand in hand.

So that is appearance. Next time I’ll be looking at something else. You thought I’d tell you, but that would spoil the surprise and involve to much of a commitment on my part.

I’ll leave you with this… 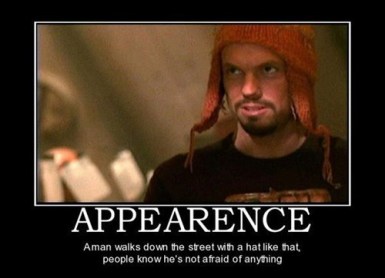